J.M.E was born and raised in Denver, CO, making “Parkhill” his stomping grounds. As he was growing up, he lived and breathed hip hop. Music has always played a part in his life. J.M.E was inspired to follow his dream with the tragic loss of his late cousin in 1996. After that, he formed a record label with another relative called Twissted Records. He remained at Twissted records from 2000 to 2006. During his time there, J.M.E wrote 6 projects, 10 mixtapes, along with numerous albums, shows, and collaborations. He made the move to the South in 2007 to pursue his own music career, and later started his own label called Got Heat Ent. in 2008. That’s when he met his music partner, Tasco. Together they formed a group and call themselves Dizobedient. J.M.E continues to release solo projects, but also releases projects with the group under Got Heat Entertainment. J.M.E has never stopped chasing his dreams and music will always be his passion. 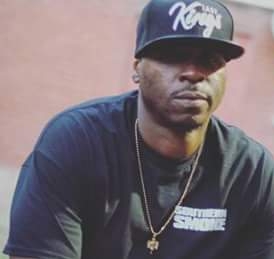